A trip around the Coast Road….. 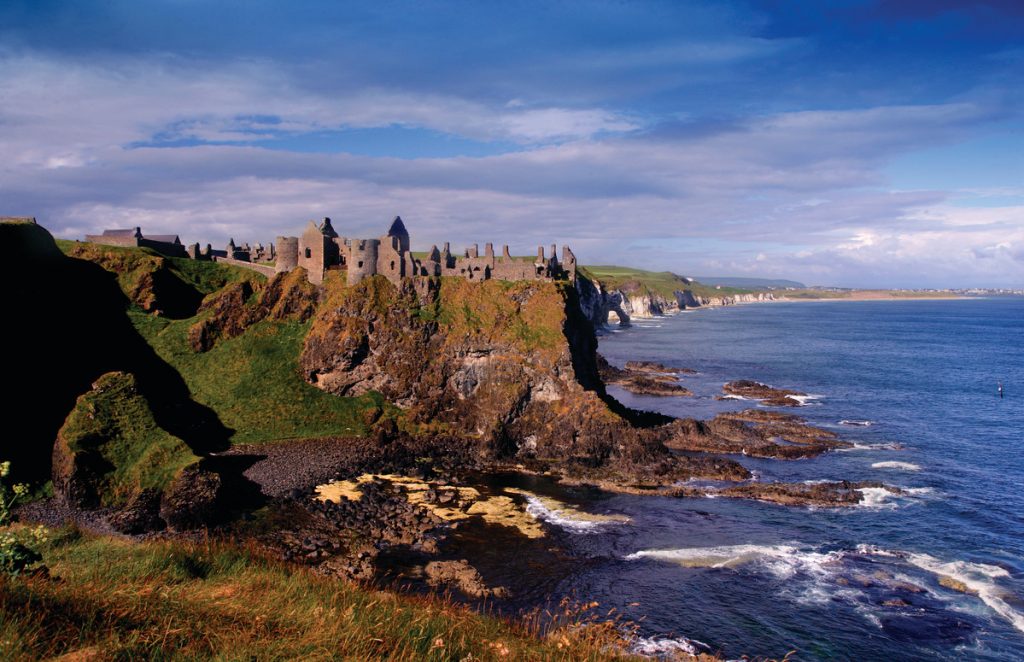 A trip around the Coast Road…..

This itinerary was planned to show off the best of our beautiful coast to a group from Kentucky, Austin Texas & Nicaguria.

Our first stop was Dunluce Castle, here we enjoyed a guided tour and heard about the history of the Clan McDonnell and their battles with the McQuillian Family. After the tour we enjoyed tea / coffee and cream scones all provided by our guide.

Our next stop was the Giant’s Causeway, the group opted to go straight to the Causeway via the tunnel, this has free access.  Our guide told stories of the people that lived and worked on the Causeway in Victorian Times when it first became a tourist attraction, at one stop we enjoyed views of Donegal in Southern Ireland and Scotland across the Irish Sea, all while we stood in Northern Ireland.  After having many photo opportunities on the stones we took the bus back up to the top to save some time and move on to our next attraction.

Our driver articulated the winding road down into Ballintoy Harbour, this was used as a filming location in Game of Thrones, in fact we witnessed a tour all dressed up and acting out a scene from the series during our visit, we had plenty of time to enjoy the scenery before moving on.

Next stop was the famous Carrick a Rede Rope bridge, on arrival our guide had organised a homemade picnic, we enjoyed local produce and home baked traybakes before proceeding to our walk to the rope bridge.  Again we enjoyed stunning views across the Atlantic Ocean.

All back on board our minibus we travelled the picturesque road via Ballycastle to Cushendun, we heard stories about Loughareema or the Vanishing Lake as it is more widely known.   We arrived in Cushendun and had time to walk to the Red Caves (again a filming location of Game of  Thrones), and finally we finished off with a Guinness in Mary’s Bar.

This was a magnificent day out and due to the diligent planning of our guide we managed to fit everything in that was requested.