This tour commences at a time and departure point to suit you.

The drive will take us along the famous Antrim Coast Road, we will stop off at places of beauty and interest along the way.

This tour will take you to the Giant’s Causeway, the Carrick-a-rede-Ropebridge, Ballintoy Harbour and Dunluce Castle.

As I am your personal guide I can adjust the tour to suit you and depending on the weather, we can stay longer at some stops and perhaps take photo opportunities at others, the day is yours to enjoy the way you want to.

The iconic ruin of Dunluce Castle bears witness to a long and tumultuous history. First built on the dramatic coastal cliffs of north County Antrim by the MacQuillan family around 1500, the earliest written record of the castle was in 1513.

It was seized by the ambitious MacDonnell clan in the 1550’s, who set about stamping their mark on the castle under the leadership of the famous warrior chieftain Sorely Boy MacDonnell during an era of violence, intrigue and rebellion.

In the 17th century Dunluce was the seat of the earls of County Antrim and saw the establishment of a small town in 1608.

The dramatic history of Dunluce is matched by tales of a banshee and how the castle kitchens fell into the sea one stormy night in 1639.

Bushmills Irish Whiskey is made at the world’s oldest licenced working distillery in County Antrim, Northern Ireland, on the beautiful North Coast.

The original grant to distil was signed in 1608 by King James 1st and there has been distillation on this site since then, using the unique water from their own stream and Irish barley. It is more than 400 years old. 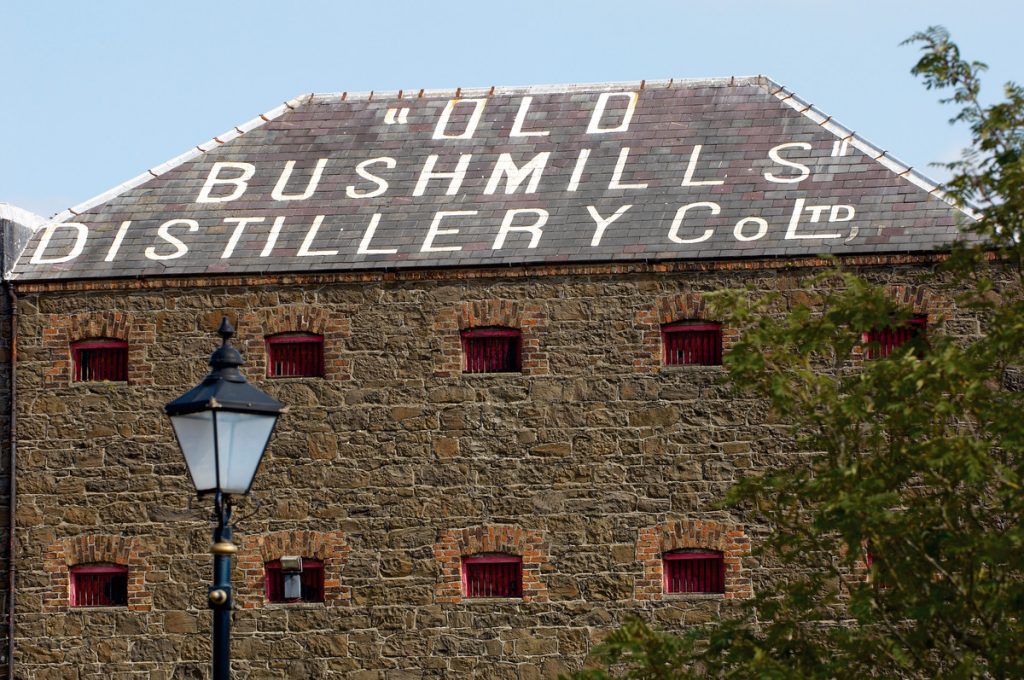 Giant’s Causeway, Northern Ireland’s first UNESCO Heritage Site, is a geological wonder and home to a wealth of history and legend. The 40,000 basalt stone columns left by volcanic eruptions 60 million years ago intrigue and inspire visitors. 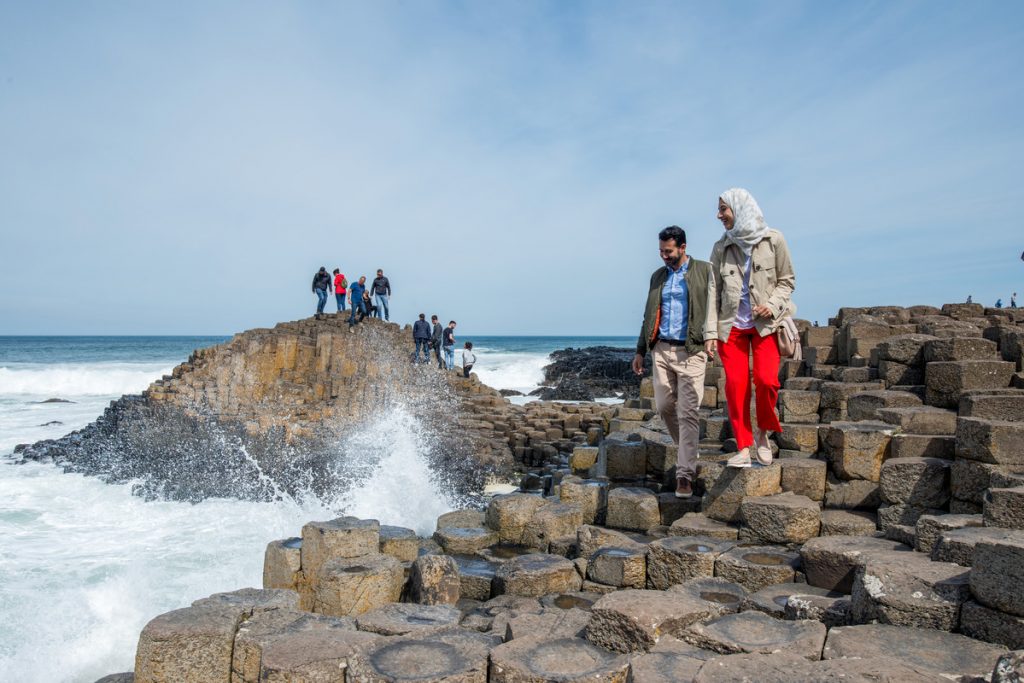 Connected to the cliffs by a rope bridge across the Atlantic Ocean, Carrick-a-Rede Island (home to a single building – a fisherman’s cottage) is the final destination. 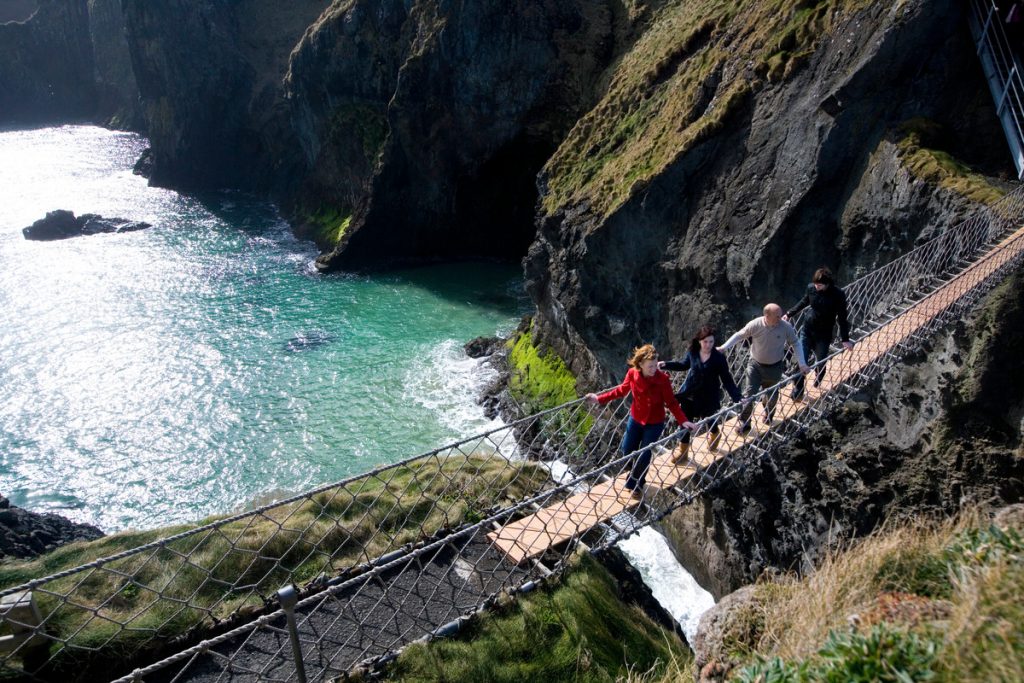 Pick up at a chosen point

Our final stop will be Ballintoy Harbour, a small fishing harbour at the end of a very small, narrow, steep road down Knocksaughey Hill.